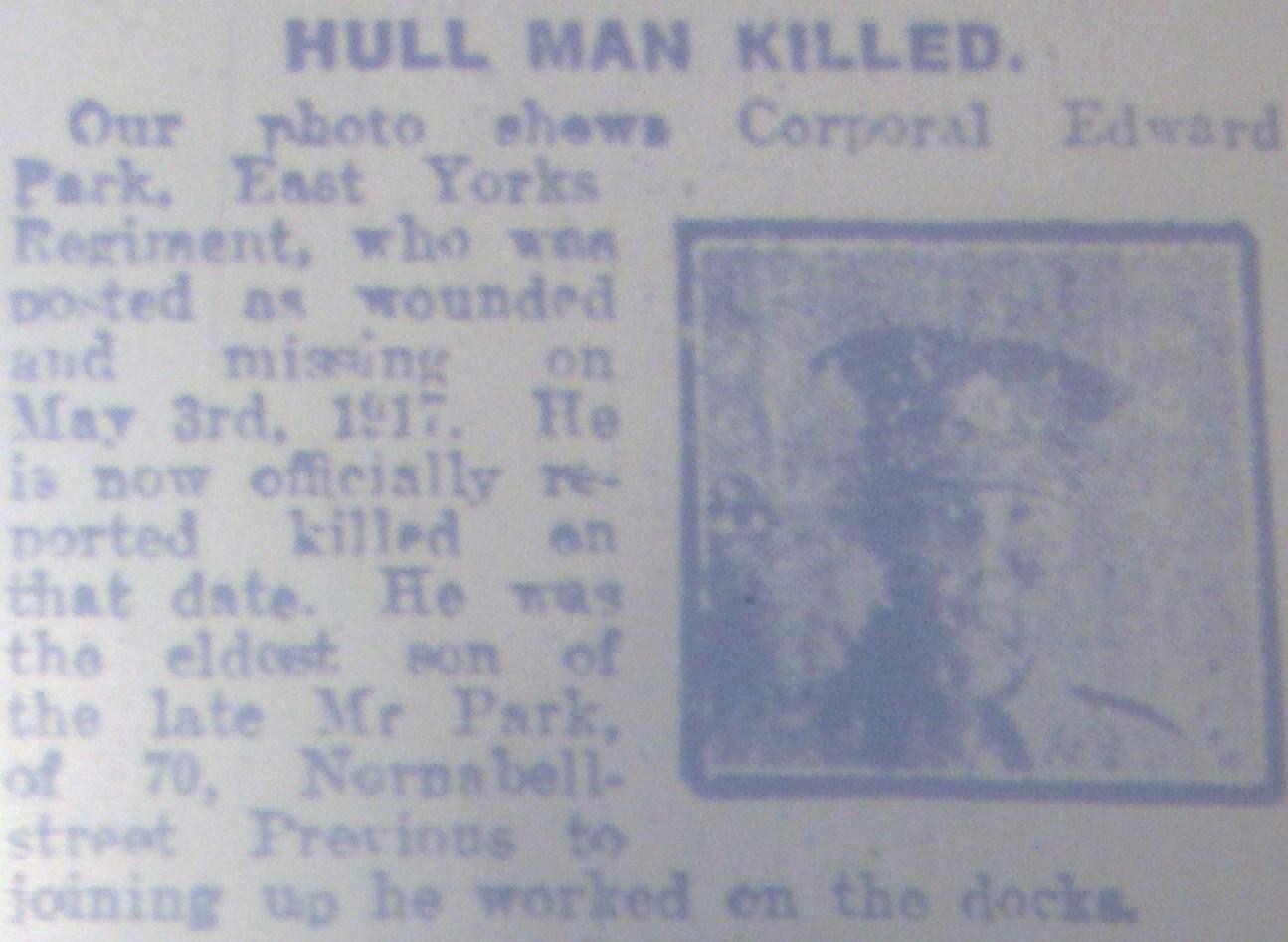 2 May 1917,
11pm, Battalion moved up into Assembly positions in No Man’s Land at B.18.b.0.5 with the 11th Bn. E. York. R. on the right and the Composite Brigade of the 2nd Division on our left.
The Right flank was the Northern Boundary of OPPY WOOD, the left flank a line drawn through B.12.c.8.4 to C.7.a.7.1, the final objective being from C.7.a.7.1 to C.7. d.2.5. The Assembling took place in brilliant moonlight over quite unknown country and with poor guides. The enemy evidently saw the troops assembling and put up an intense barrage followed by another one later. This considerably disorganised things and at Zero hour, the blackest part of the night, the troops moved forward to the attack. They failed to obtain their objectives and were compelled to withdraw to the Assembly trench where they remained all day under heavy shell fire.

3 May 1917,
10pm, The Battalion were relieved at 10pm by the 11th Bn. East Lancashire Regiment. For Casualties please see attached list. Honours. 5 Military Medals, see attached. Moved out of the line to Nissen hut Camp at G.4.a.