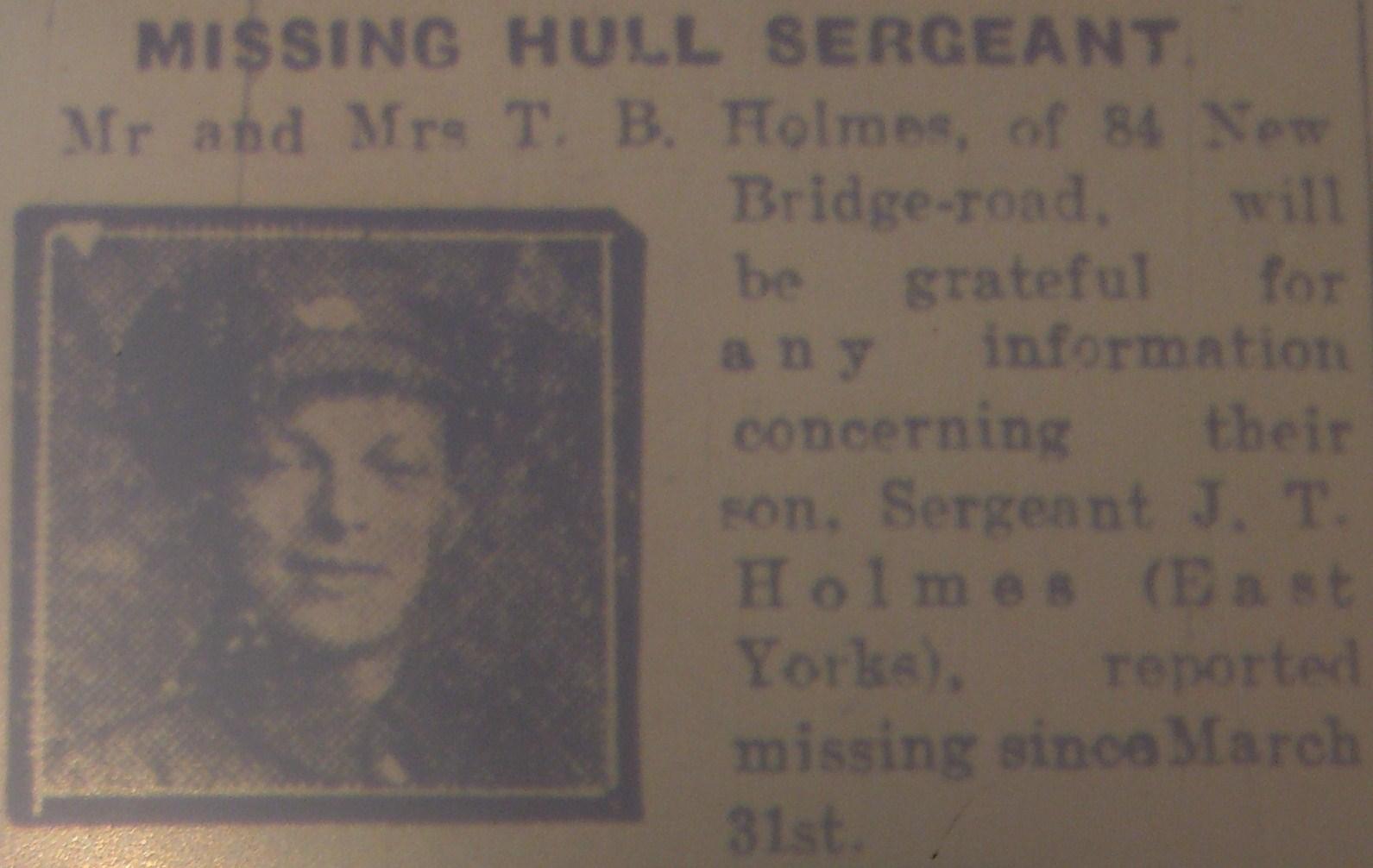 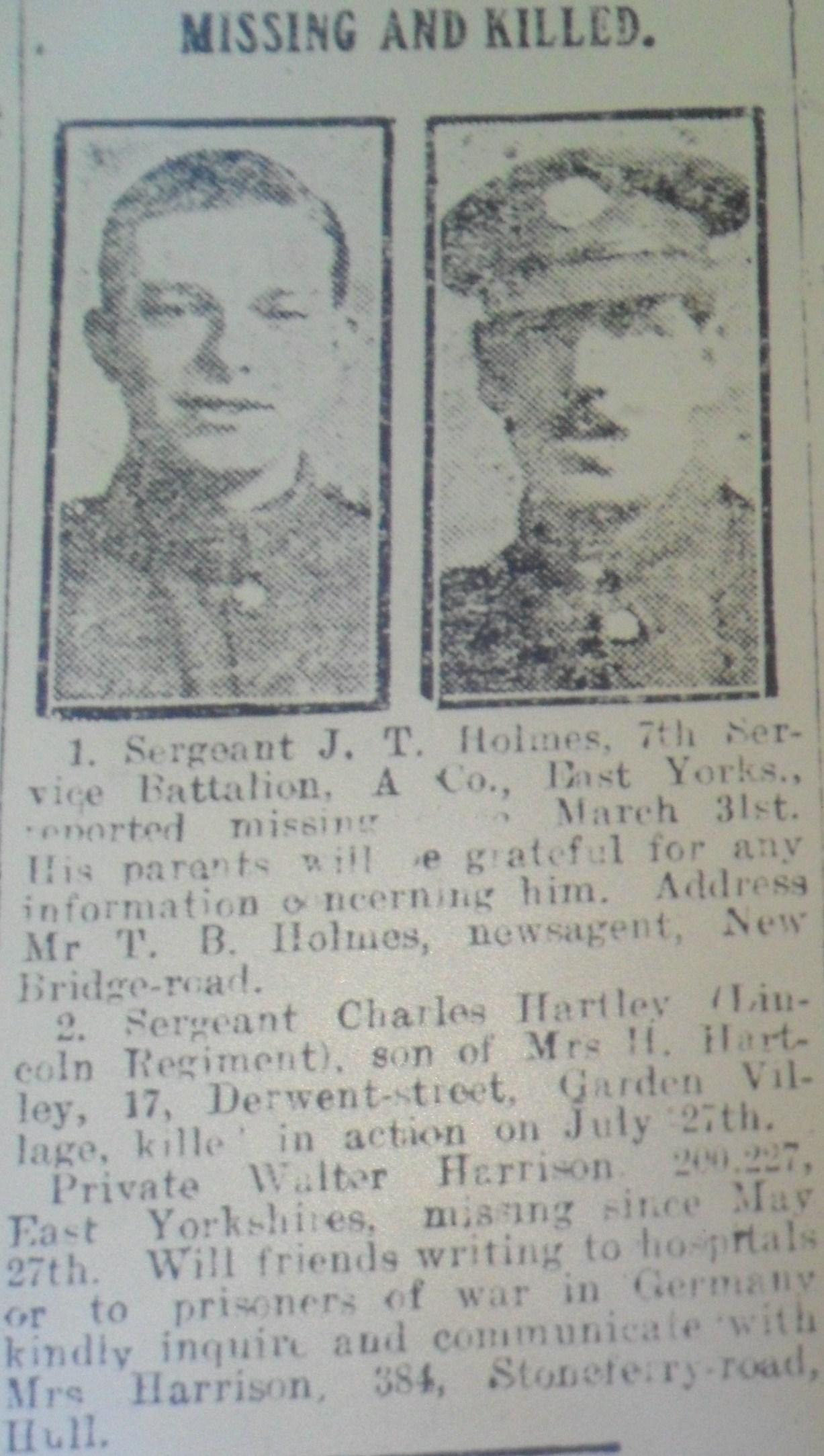 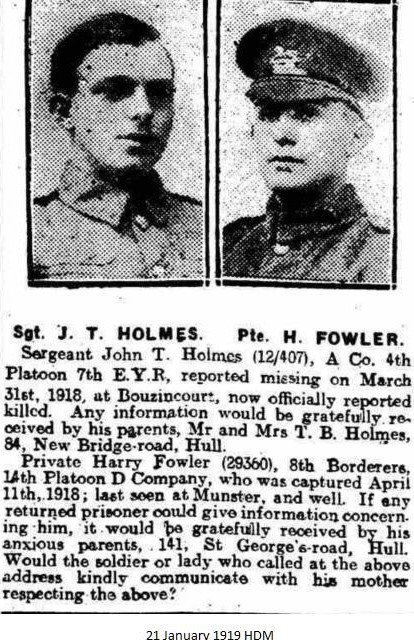 29th March 1918
Arriving in the support position about 23.00 on 29th we found that as the front line had been taken, we became ipso facto the front line. That night it was a question once more of digging in. Next morning another tentative attack was driven off. The day of retirements had now finished and troops were ordered to hold on. The next two days passed without any great event, but on the fourth day the regiment was ordered to retake some posts lost by the Regiment who had taken over the front line. In this attack the Battalion was to be assisted by four tanks. These, however, did not render the assistance expected, and although the objectives were reached in part it was found to he unable to he held, and the regiment was ordered to retire. It was here that Lieut. Tonkin did magnificent work in holding on to his objective for two hours although practically surrounded by a force of the enemy greatly superior in numbers.