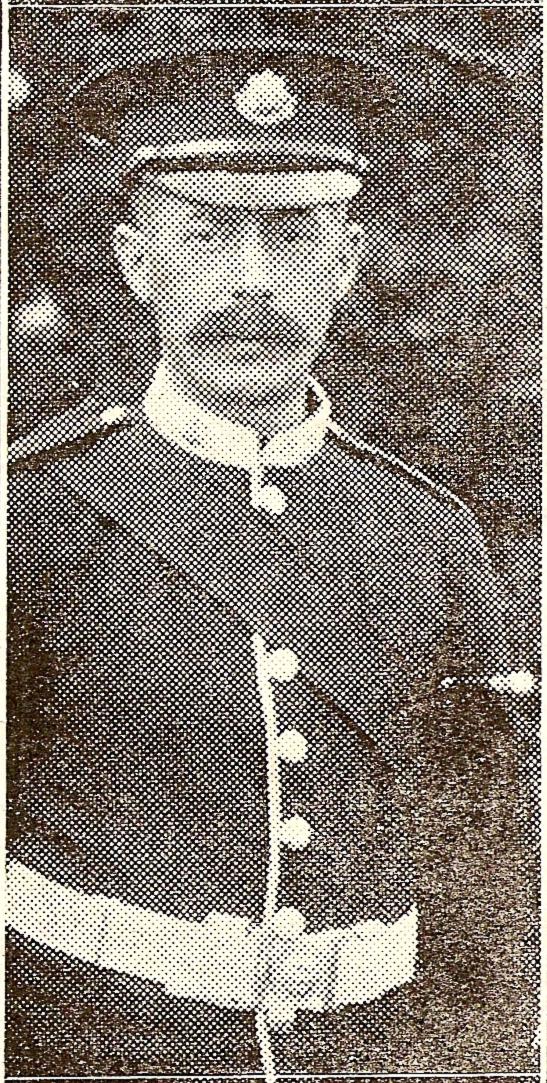 Attested 1 April 1908 with the 4th Battalion at Londesborough Street Barracks – Discharged on termination of engagement 01 April 1911 Snapper April 1911 – write up Snapper February 1911 – Another popular Colour Sergeant of the Battalion has, we regret to say, announced his intention of resigning his Colours. We allude to Colour Sergeant Arthur H. Holmes,who finds the ever increasing responsibilities of business and domestic ties too great a tax on his time to permit of his carrying out his duties in the position he has filled with so much credit to himself and honour to his Battalion.
The popularity of Colour Sergeant Holmes was evinced by the handsome manner in which his company associated themselves with his recent marriage. He has served in the Battalion since 1892, and his father was a member of the old Hull Rifles.
Colour Sergeant Holmes has been a non-commissioned officer for the past 18 years. He was promoted a Sergeant in 1896, and during the past six years has rendered yeoman service as the Colour Sergeant of “G” Company in the 4th Battalion. Which like many another territorial fledgling has been hatched from the egg laid in the volunteer nest.
He severs his connection with the Battalion to the regret of all who knew him, and with no small satisfaction to himself feeling that his efforts to further the efficiency of his company have been so highly appreciated. – Photo

Bookmark
Scroll back to top